Bedaquiline: a new weapon against MDR and XDR-TB 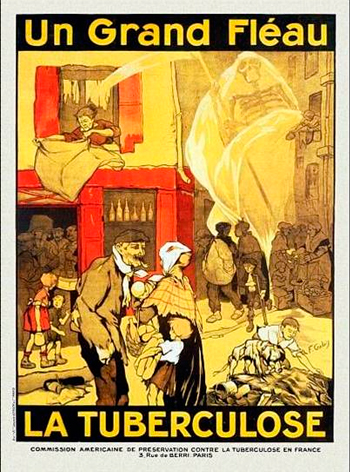 Bedaquiline: a new weapon against MDR and XDR-TB (pdf)

ABSTRACT
Multidrug-resistant tuberculosis (MDR-TB) is a global public health problem. It requires treatment with combination therapy consisting of four to six drugs including combinations of bactericidal and bacteriostatic drugs, usually for a period of 2 years. There is alarming rise in MDR and XDR-TB all over the world and better treatment options are needed to control the global MDR-TB and XDR-TB epidemic. Drugs which can shorten the treatment duration and which are free from serious adverse effects are urgently needed. Bedaquiline (TMC-207) is a newly FDA approved anti-TB drug, having unique mechanism of action i.e. causes inhibition of the proton pump activity of the ATP synthase in M. tuberculosis and targets the energy metabolism. It is found to active within macrophages, and is a promising agent in shortening the duration of anti- TB treatment. It is metabolized by CYP3A4, so interactions with inducers and inhibitors of this enzyme are expected. It has shown promising results in preclinical and clinical studies and it seems to be a good option for MDR and XDR-TB. Adverse effects reported in various studies were of mild nature except nausea which was the most commonly associated. Few cases of prolongation of QT intervals were reported, so it demands careful monitoring and use of bedaquiline as a reserve drug for patients in whom conventional regimens are not effective. Currently it is approved as part of combination therapy in adults of ?18 year with pulmonary MDR-TB. Long term studies are needed to explore its full safety profile.
Keywords: MDR, XDR, TB, Bedaquiline, TMC-207, Mycobacteria

© 2013 Singh H et al. This is an open-access article distributed under the terms of the Creative Commons Attribution License, which permits unrestricted use, distribution, and reproduction in any medium, provided the original work is properly cited.